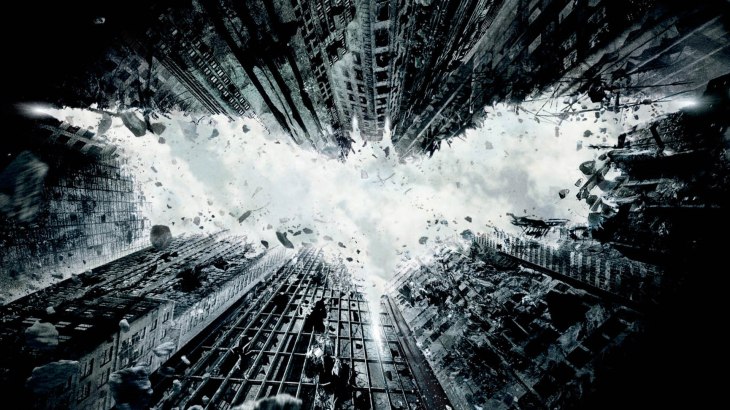 Friday night, I was sitting on my couch watching The Dark Knight Rises…again.

There was a scene, my favorite scene, a conversation between Selina Kyle and Bruce Wayne.

Selina: I started out doing what I had to. Once you’ve done what you had to they’ll never let you do what you want to.
Bruce Wayne: Start fresh.

Selina: There’s no fresh start in today’s world. Any twelve-year-old with a cell phone could find out what you did. Everything we do is collated and quantified. Everything sticks.

Selina is right! With the modern technology, it’s no wonder that people find out tons of information about others just in one click, or in my case with my cell phone, in one touch screen. For example, start fresh for Malaysian Airline may be impossible after all of the scandals in last few months. The fact is all brands in the world are worried about what people know about them. A brand could represent an organization or a person. Brands are at unknown risk unless we manage them, not avoid them. It is true that all information is recorded, collated and quantified.

Suddenly I wanted to find out more about this movie. What made it a storm hit all the box office since March 2012 when the movie released in May same year?

And I “googled” it. Surprisingly how technology brings to us all the information in the past and the present in the most convenient way.

Here is what I found. They had a whole campaign for social media ready for the launch of this movie! There are 5 concepts on how to promote this movie on Twitter, Facebook, Instagram, official website for one purpose: get the audiences, the fans engaged and actively participate in the marketing campaign, step by step!

The campaign focused on Twitter as the main platform. Facebook was planned but not even needed. Weekly discussion posts; vote for your favorite battle; tweeting and sharing movie’s photos; hidden images and trailers; sharing Batman graffiti; they were creating a viral “The Dark Knight Rises”.

From the beginning, the official website of the movie was a pure black screen, came with a cryptic audio file and source code, which was deciphered and lined up to a Twitter account. This account then linked to another with an encrypted photo. Twitter users were prompted to tweet the hashtag #TheFireRises. When this was tweeted a number of times Bane appears on the official website.

Six pictures were leaked onto Entertainment Weekly’s site, images of Catwoman and Bane.

The latest in the line of marketing trickery came in the last week of the campaign: Batman graffiti. A photo scavenger social media campaign asked fans to find the hero of the movies.

Warner Brothers then decided to give the public the 300 addresses of the graffiti on its site. Fans found these addresses, took the pictures of the graffiti, sent to an email or tweeter account name: Gotham Police Department. 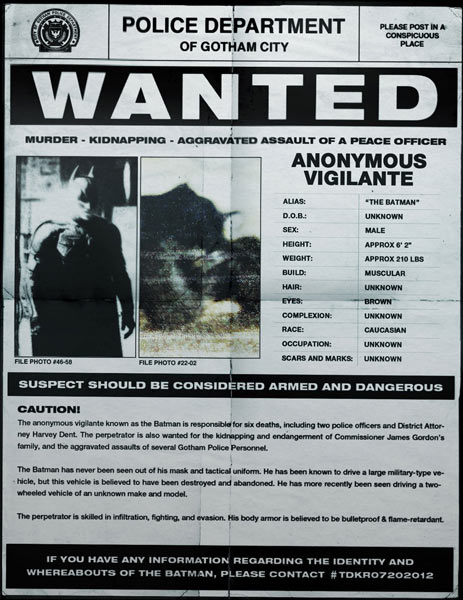 The campaign went viral within a few months. People got excited to see images and trailers every week. This is brilliant success! The movie was so hot before it was released!

The whole idea of this campaign is so wonderful and it makes me excited reading this after the movie was released. I am not the biggest fan of Batman but I have watched this movie at least 3 times. This just reminds me about another favourite quote in this great movie:

Bruce Wayne: You sound like you’re looking forward to it.

The storm of “The Dark Knight Rise” wiped out tickets internationally; the movie had made more than $1 billion in worldwide box offices.

In general, the storm of social media has been and is still hitting on all brands and companies in today ‘s marketing world. New rule: use it and gain from it, or be beaten by online world. We all need to be adaptable. Or we are out of the game. Warner Bros. adapted social media. How about other brands? This may be another interesting topic that I will discuss next time on my blog. In the meantime, please share your ideas, leave some comments and tell me what you think.