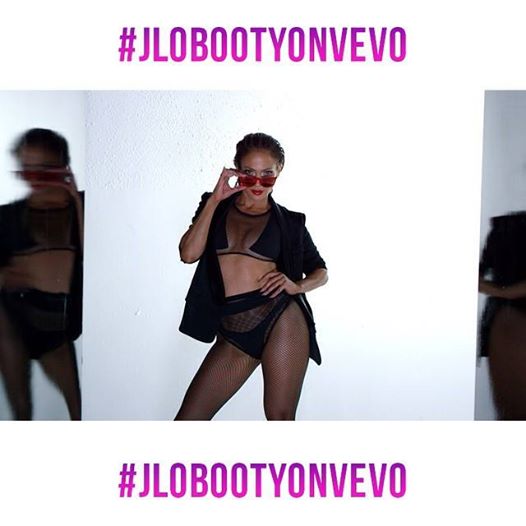 J.Lo and Iggy unveiled a 30-second teaser earlier this month that just about guaranteed a steamy clip primed to Nicki give Minaj‘s “Anaconda” a run for its money. On September 18, Jennifer Lopez released her new video. Have you watched this?

It had more than 500,000 plays on YouTube just after midnight Friday morning. And after 2 days, more than 8 million views on Youtube.

JLo ran a campaign for her new video by efficiently using hashtag #jlobooty or #jlobootyonvevo on her Facebook page with 43,552,048 followers and her Twitter account with 29.2 million followers. The campaign has gone wild with all excitement and expectation from fans and publicity about this new product.

I did a bit research on socialmention.com and here is the result:

93:0 sentiment. Can you believe that? 93 positive feedback, not even 1 negative feedback for this #jlobooty. Average 17 second, someone mentions this on social networks. JLo done a good job! Not only because she is a big brand, she uses her brand name and resources well, but has also maintained her relationship with followers and fans and social media to promote her new product. Has any big company can achieve this much positive feedback for their product before?

http://www.mirror.co.uk/3am/celebrity-news/pop-star-porn-star-jennifer-4287685#ixzz3DocIyNUB
Other News such as The Time also raises their disappointment about this “twerk trend” starting by Miley Cyrus now spread out to other famous female singers http://time.com/3403975/jennifer-lopez-iggy-azalea-booty-video/ and NY Daily News http://www.nydailynews.com/entertainment/music/jennifer-lopez-iggy-azalea-shake-booty-video-article-1.1945307 engaged few comments from readers, but mostly are negative comments about this video. In addition, lots of tweets against JLo and this video.

Mirror UK said “Many social media users tweeted things which just aren’t printable about the women and sexual fantasies. However the general feeling seems to be one of unsettledness.”

If this negative percentage keep increasing, do you consider this as a “brand crisis”? Would you be happy if your new product launched get this much successful but also lost its brand image at the same time? Should JLo considers about all publicity’s feedbacks to producing her videos in the future? If you are a JLo fan, do you like or dislike this video? Please leave your comments below, tell me what you think.

P/S: Don’t rely too much on socialmention.com when you do your research, the information is changing all the time and differentiated with different keywords. 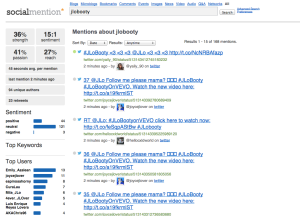