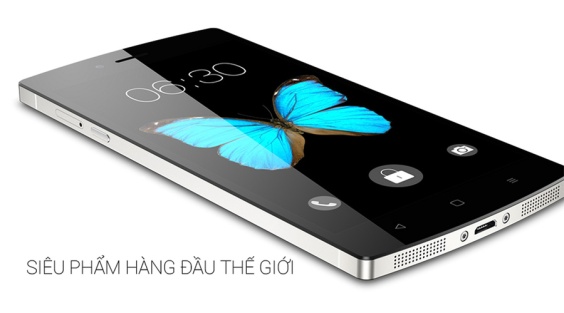 If yes, you just happened to be informed of the most recent debatable subject on Vietnamese websites and forums. If not yet, you will know now.

Firstly, let me introduce you the creator of Bphone: BKAV.

“Established in 1995, Bkav Corporation is the leading firm in network security, software, smartphone manufacturing and smart home. In the field of network security, antivirus and mobile security software of Bkav have been present in more than 100 countries all over the world” (https://www.bkav.com). BKAV corporation is a very well known as an expert in antivirus and security. However, Quang Nguyen, the CEO and the co-founder of BKAV has the vision to expand the company into the most competitive market: smartphone, on both local and international levels. BKAV is entering the electronics industry by its own smartphone produced in Vietnam and a smart home system cooperate with their phone and security products.

The Bphone described as the phone has the best sound and music function; the phone takes the best photo in any light condition and movement; the phone has Transfer Jet, a new technology to transfer information only by touching two phones together. They are all very good features aimed to satisfy customers’ need. 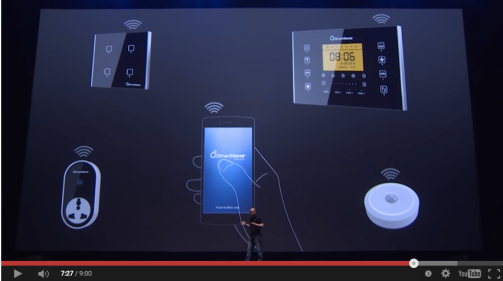 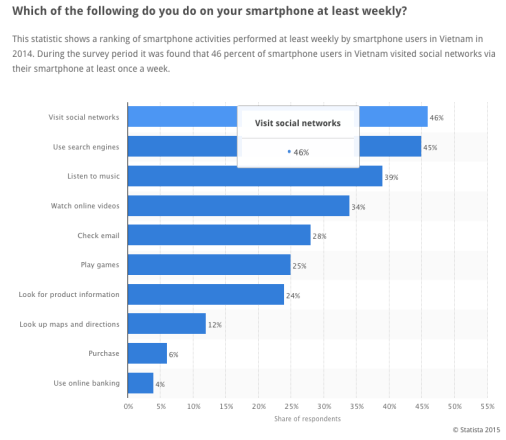 Not yet discuss the success of the launch of this phone, I believe Mr. Quang is a nationalism that has a great vision and a great mind. His idea is unique, and he has all the ability, the power to gather all the resources, the human resource and financial source to make this idea come true. From my point of view, this idea has a possibility to bring the brand out of the preconception of the local Vietnamese antivirus company to a new perception of a modern technological and visional company, which is able to reach the future of technology and more. Since the launch of the Bphone had announced, a boom of discussion and expectation from a majority Vietnamese of many online news websites and technology forums.

The Bphone had already been already “hot” before people even see or touch it. Nevertheless, the launch of this phone on the 26th of May was a disappointment. There are enormous against and for opinions debated radically. The launch was just another copy of Steve Jobs’s style and Apple’s signature presentation. The performance of Mr. Quang and all of the staff of the senior board were not convincing and the term “the best of the world” were repeated many times, followed by some specification numbers. It is good to see some numbers and images that support their argument. It is alright to be proud of their own product and called it “the top of the world”, but the consumers did not believe in that term because there is no evidence support for that. “The top of the world” need to be seen and proved. It seems like all of the experiences that the customers have so far do not match all the expectations and specifications. And the world was not informed by the existing of this phone. I was struggling to find any articles or news that is written in English about this new product that supposed to compete with global brands. It seems like BKAV did not spread out the information well enough. 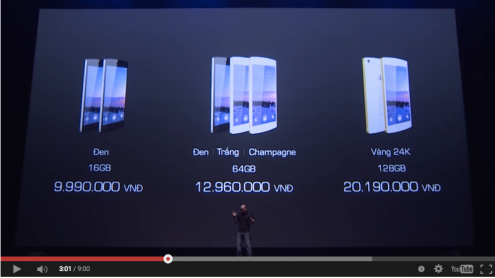 In Marketing, the first goal that companies want to achieve is customers’ awareness. I believe that BKAV researched about their customers, they know who are their target market, they know the target market’s income and lifestyles, but BKAV did not make use of all the information they have. The evidence for my statement is a high level of disappointment and dissatisfaction can be observed among their potential customers: young, high income, technology lover, nationalism customers.

It is alright to make mistakes, but BKAV has made many mistakes and their biggest mistake is not responding to the customers. After weeks observing and listening to customers’ opinion, there is no answer from BKAV, reply to the concern of their design, suspected copied from Oppo – a new smartphone product just landed in Vietnam couple months ago from China. There is no answer from BKAV, reply to the unfulfilled satisfactions among a majority target customer. There is no proper marketing campaign or marketing activities, no social media post, no public relations strategy. I am shocked by the lack of preparation of BKAV and moreover, their behavior of receiving the feedback from the market. It must be the case when a company underestimate the power of marketing and only believe in an ancient business model: only two stages, making a product than selling it.

I agree, and I understand that it is not easy to introduce a new product to enter a new market. It never is easy. But I would like to see an effort of BKAV to rebuild their brand and the customers’ trust after this event. I would like to see a proper marketing campaign that fully researched, designed and developed to fit the target market. I would like to see a good response from BKAV and Mr. Quang to explain and comfort the unfulfilled satisfaction of the Vietnamese community and the media. The truth is Vietnamese people are so proud of BKAV brand, and they trust it, therefore, they found it hard to accept the mistakes.

But many research articles show that people tend to forgive easily. So, BKAV, just start over! Fix the problem, spread out the good rumors, prove the quality of your product, build a relationship with customers and remember, evaluate all of the parts of the business process carefully. I suggest you may want to start with an extraordinary marketing department in your company. Don’t let the term “the top phone of the world” was only a deceit. Let the world know about you!